The Alcove's Winter Delights exhibition opened this week. There is a lovely lot of work available and the 'opening night' was tonight.  It was great to meet some of the artists whose work I had seen at the shop but whom I had not met previously.
The ladies who did the setting up have done a lovely job - it is colourful, cheerful and attractive.
You can see lots more pictures at The Alcove's Facebook page. 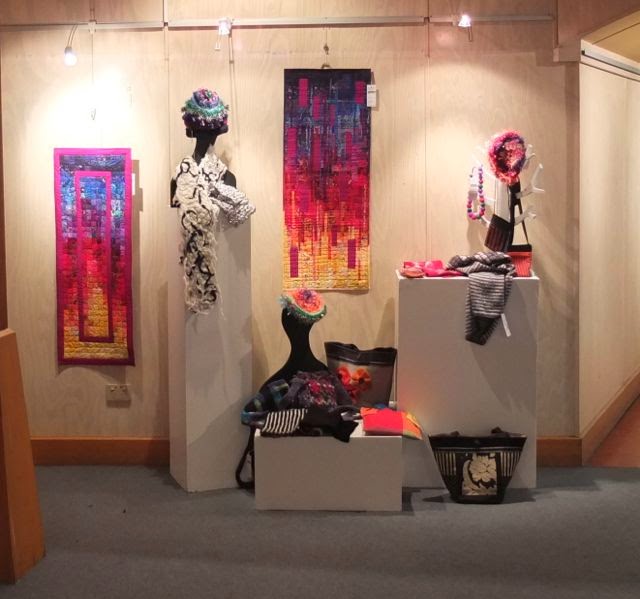 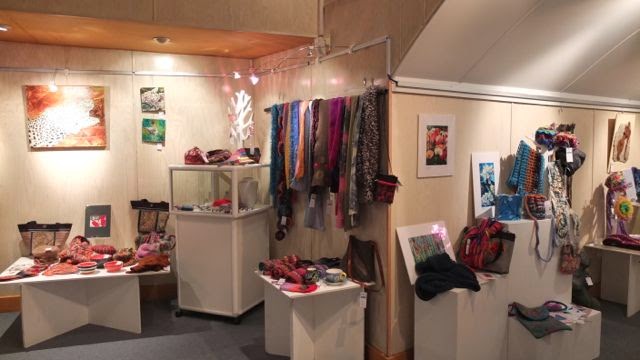 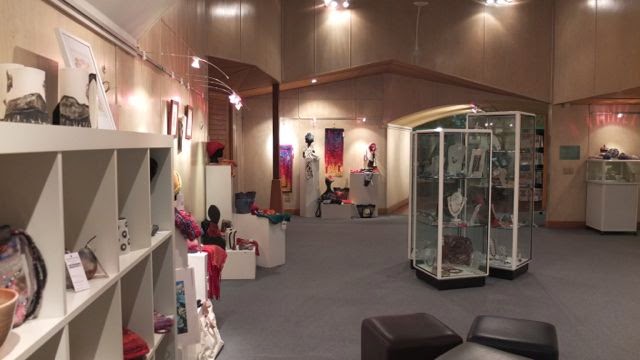 It has come at the right time - the wintry weather is certainly starting. And about time too. As I posted recently, it is great to see all the green grass.
We were at the park just before the storm hit, luckily we got home before the worst of it arrived. 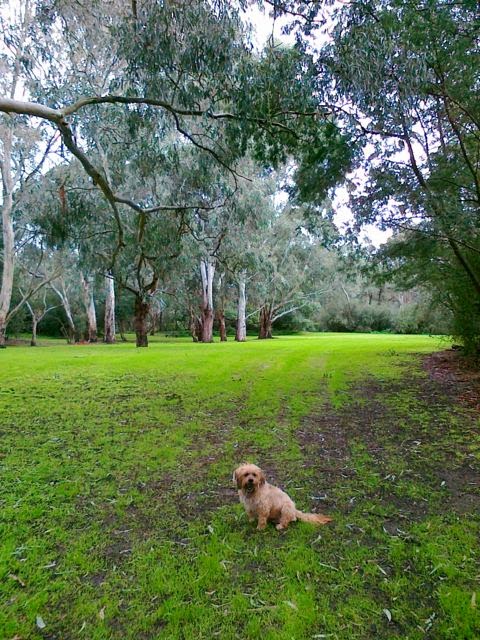 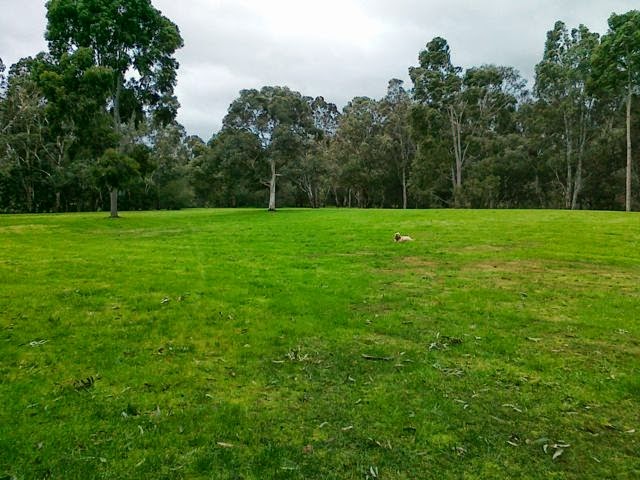 Some of the autumn leaves in our garden are hanging on, although most got blown away in the gale-force winds. 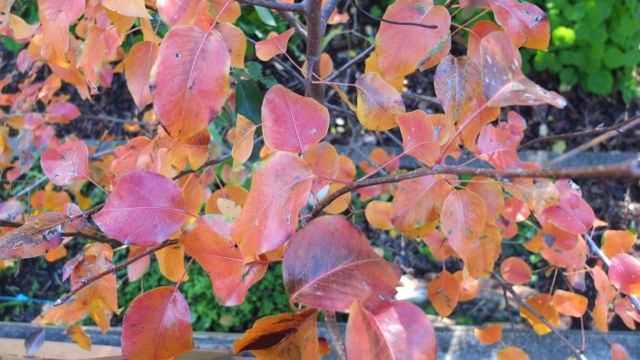 I couldn't resist putting up this picture. I was walking with Penny today, enjoying the last of the autumn weather, and there it was. 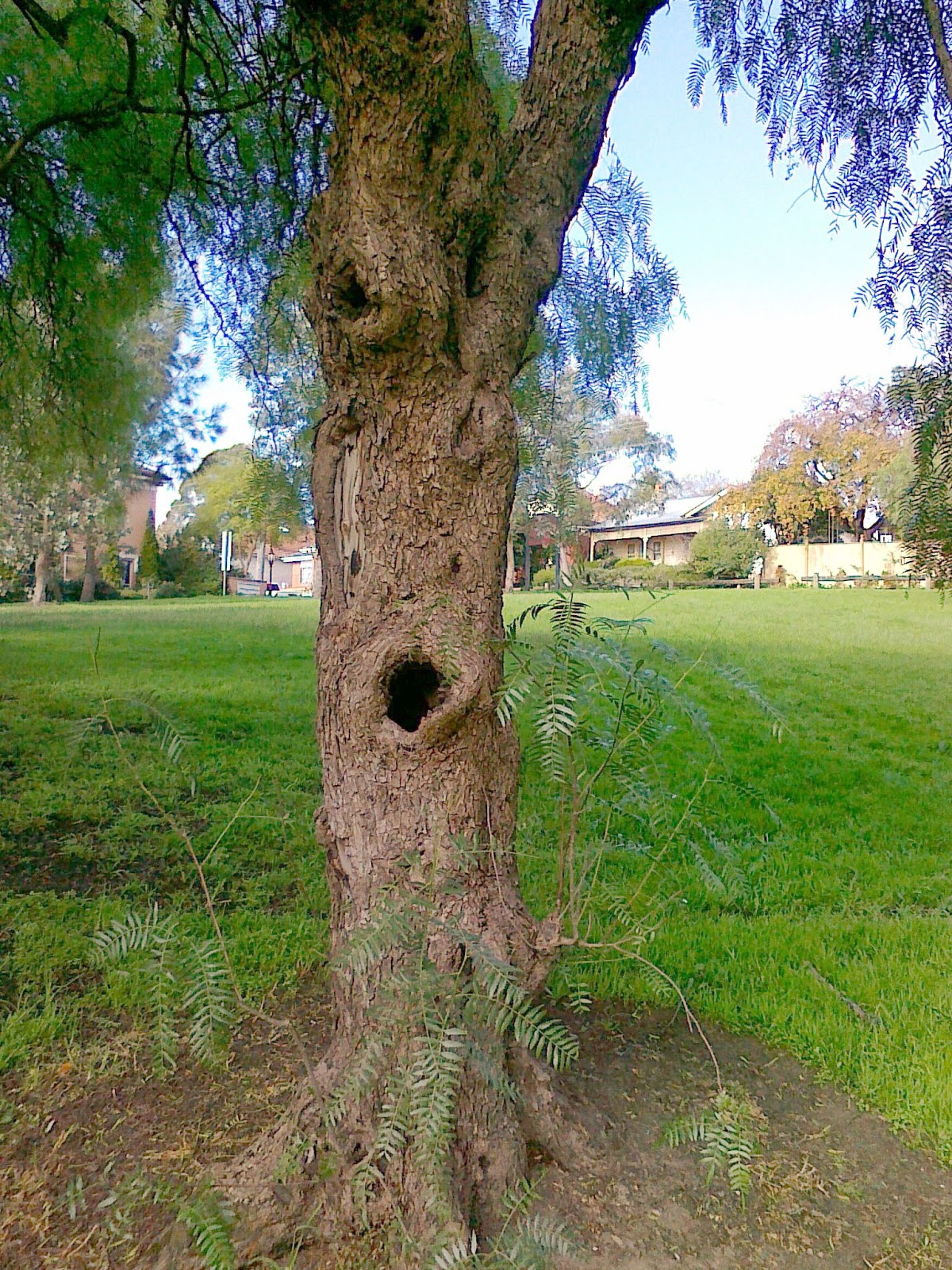 This is a peppercorn tree. It is not a native but they are all around the place, especially along my train line. It is regarded as invasive but I remember years in my childhood when we would find the Emperor Gum Moth caterpillars on them. They were gorgeous. I haven't seen any in years, the cocoons and caterpillars, there are still plenty of trees.

The recent rain, the fact that we are now having decent dew, and the lack of extreme heat, mean that we have bright green grass in all our parks.  Lovely.

Apparently Melbourne is one of the few places in the world that gets the bulk of its rain in winter (no snow, thank goodness) and that, coupled with native trees that are not deciduous means that we have lovely green winters. I remember my first train trip in Europe in winter - it was like looking at a black and white photo, white ground, black trees, no leaves, no colour. So different from winter here.

I am not much of a fan of black and white, they seem such stark colours. Despite this, I have been enjoying my doodling and black line drawing. I even attended a Zentangle workshop at the Embroiderers Guild last weekend. The morning was learning about different Zentangle patterns and then we applied some of them to fabric, using free motion machine sewing, in the afternoon. Our instructor was Lee Vause, an accredited Zentangle instructor and she had some interesting insights into the various patterns.
A few of us also had quilting backgrounds, as does Lee, and there is a very close correlation to a lot of the quilting patterns and some of the designs. So we had fun making up our own patterns and playing.

My Television Watching May Increase

I have been doing some cleaning up lately, preparatory to some renovations that will affect my studio. It won't change things much in the studio but I will have to move some of my stuff. Good chance to do some sorting, I thought.
I started with a big container that was labelled Knitting In Progress. I found two projects that had been started. One was a fair isle cardigan. I had all the wool, needles and pattern. That went to Vision Australia where some volunteers will apparently take it and finish it off to sell. Whew.

The other looked much easier to go back to. It was a jumper, the back almost finished. 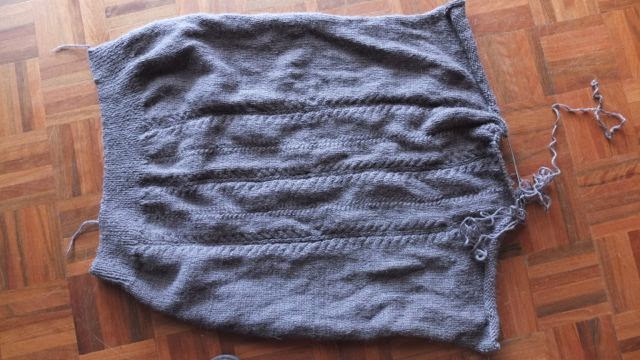 When I searched the pattern book I found what looks to be the date it was published - 1998. I'm pretty sure that is when I started the knitting. So it has been on the needle for about 15 years!! 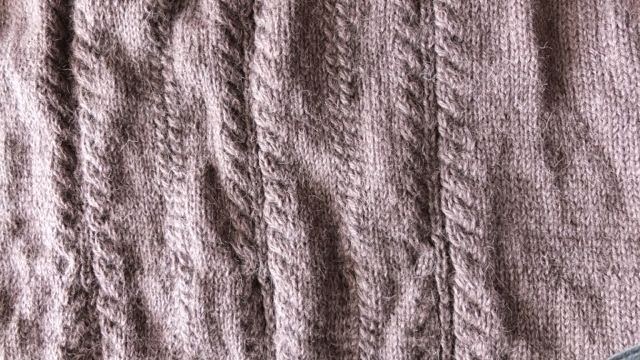 The back is enormous. I think I was making it for myself but even now, so many years later, it still looks rather large.  But then I looked at the photo for the pattern, it was of a very loosely worn jumper. So I hope I really do have enough wool to finish it. I will be very unhappy if I get almost to the end and discover I needed another ball of wool. It is possible that a ball has been misplaced in the intervening years. I certainly hope not.

I have discovered - rediscovered - the relaxation of knitting in front of the tv. And that phenomenon of thinking I'll just finish this row, which will take about 15 minutes, or this section which will only take a few minutes. Hence the thought that I will probably sit on to watch shows that I would ordinarily get up and go away for.

Actually, it has already happened - I started the pattern all over again for the front and have realised I didn't do the last part of the back properly. Not to worry, I won't be able to see it when I am wearing it. But I decided I should try to get it right for the front. That meant lots of pulling out and counting of stitches as I tried to get into the swing again. An extra hour of 'watching' some show or other while I got it all sorted out.
Posted by Mary at 14.6.14 4 comments:

I don't know when I started this tapestry.  Our local tapestry group set up the theme of Building. I didn't manage to finish it for our exhibition, it was shown as a 'work in progress', which was ok, as it elicited quite a few comments and questions about how tapestry is actually done. I suppose I could go back through my blog as it is a visual diary and I do document things here. (So far, the earliest I can find is a reference in July 2013 and it was on the way - I don't quite know when I started it.) 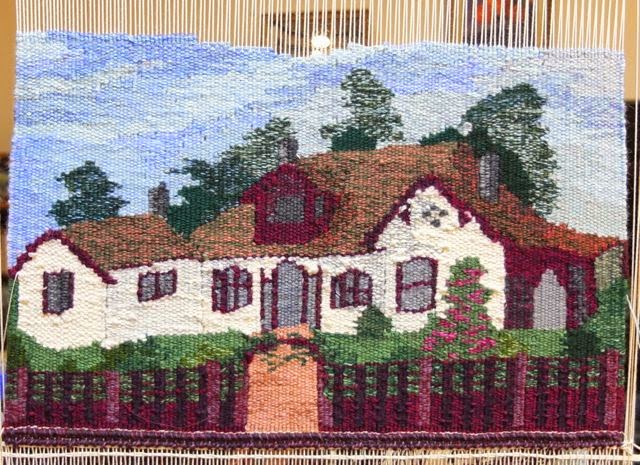 However …
I am ALMOST finished!!!

I have actually finished it on the loom.
I'm not sure what happened at the last part, maybe I got excited about getting closer to the top. The sides started pulling in.  I have pulled it out several times but eventually decided that I wasn't willing to pull it out all the way to the start of the problem - that pesky interlinking design got in the way. I would have had to pull out a whole lot of work that was ok to fix it and I wasn't willing to do that. I am soooo not a perfectionist.

I didn't have a great cartoon for it (it is based on two photos and a black line drawing), so I made up the sky. I am quite happy with how it looks, just not how it pulls in and is too tight. I think I quite like making it up as I go.  I used my Tarndie tapestry as an inspiration. It was based on a collage, and I had just used up hanks of threads. It confirmed for me that I like this free technique.

So I have cut it off the loom, will sew it up and then probably steam it, to see what might be possible in terms of making it a more regular shape.

I have obviously tightened my weaving because the warp is visible at the top, in spots, where it was not a problem in lower areas.
Not to worry, it is not for sale, it was an exercise in nostalgia (I used to live in the house) and weaving techniques.
I was observing that I should have done it sideways because of the many horizontal lines that had to be sewn but someone has pointed out that I wouldn't have been able to get the fine lines in the fence if I had done that, so I am glad she said that, it made me feel much better about my design decisions. (Thanks Julie!!)
Now to tidy the back, sew it down and steam it to see if I can get it squarer. Must remember not to stretch it where the slits are, or to pin them securely before steaming. Actually, it might not be so bad off the loom, once the warps can relax and spread out a bit. I will have to see what it looks like after the finishing off.
Posted by Mary at 4.6.14 9 comments:

It is National Reconciliation Week at the moment. I was passing a local school and saw this display on he front fence. Unfortunately I only had my little phone, so the image isn't great. But I just had to stop and take a photo. 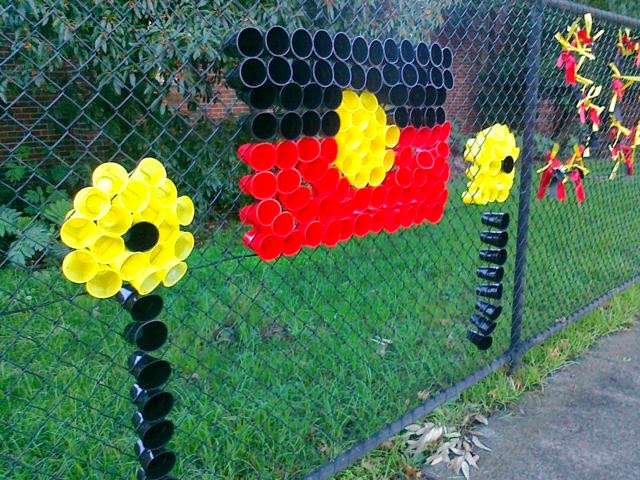 The idea of cups jammed into the fence is so simple but clever. They have been there for a week, so it is also a fairly resilient display.
Posted by Mary at 3.6.14 No comments: