More play with scrim and gesso

I have played a lot more with the scrim, gesso and backing fabric.
I was asked to lead a Creative Play Day at the Embroiderers Guild, having mentioned that I was playing around with the idea (keep your mouth shut, Mary).

I have not yet thought of a use for this technique for myself. I probably wouldn't have played around much more but, once I was asked to lead the session, I needed to try some different ideas.

I haven't developed them very much but I had some fun.

My friend had pointed out that gesso can act as a glue and you don't actually need stitching. This was a revelation!  I even did some samples for the Creative Play Day, which was at the Embroiderers Guild, Victoria. I was a bit conscious of the fact that there was absolutely no stitching on some samples but it all seemed to go down ok. It was a play day, so they played!

Then, when my friend and I got together with another friend, we played some more. They were quite adventurous and even tried some vessels. We are not sure how they will turn out, not being that familiar with gesso. Time will tell. 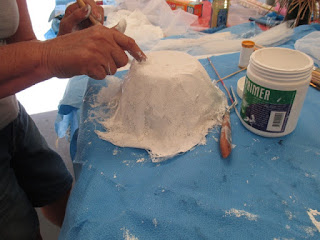 I had a small piece of sinamay and played with it too. It is covered with gesso, then I attached it to a small piece that I had gessoed and stuck scrim to. I don't know how it will go once I colour it, that seems to be yet another challenge, to find colours I like.

It is festival time at the moment. They seem to be all over the place. Castlemaine has had quite a long one recently and I was able to visit for a day.

My friend and I went to the Embroiderers Guild, Castlemaine branch's, exhibition. There were some amazing works on display.
Unfortunately, we were encourage not to take pictures, so I did't.

However, there was a very interesting display of succulents out the front of the building. They were being grown in furniture. 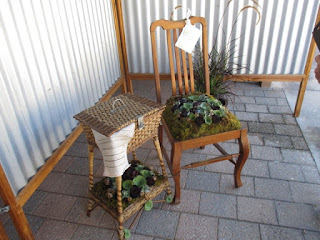 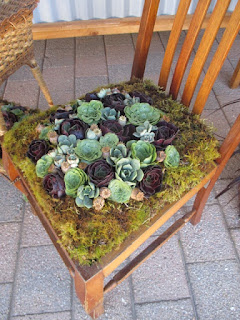 They had been done by a local florist shop, so we called in there to see what else they had. 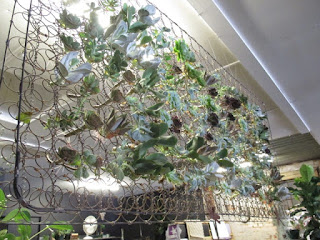 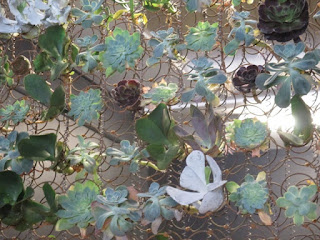 They were growing in an old inner spring mattress and apparently don't even need watering - they are indoors.

Today a friend and I travelled to the Royal Cranbourne Botanic Gardens to see the textile exhibition that was on. It finishes tomorrow, so we just got there in time.
(If we ever become a republic, it will cost a fortune to rename so many places!)

The textile show was mainly quilts but there was a competition featuring bags. The public votes and the winner gets a wonderful Bernina sewing machine.

There were some beautiful bags there, making it very hard to choose. 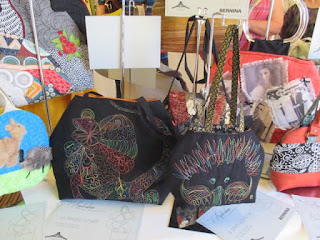 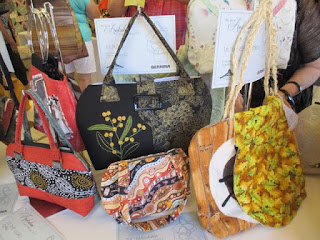 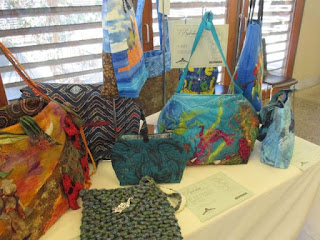 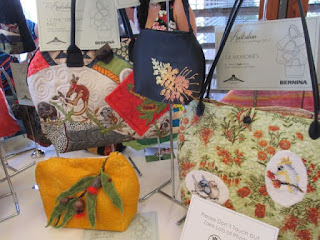 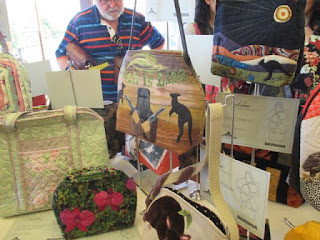 Because is it the Australian Botanic Gardens, all the works had to have an Australian theme.

There were some gorgeous quilts there too, some done by hand, some machine made and some a mixture.

One of my favourites featured some life-size, rather large, gum leaf images. It was called Dance of the Blue Gum Fairy Leaves, by Beth Smith. 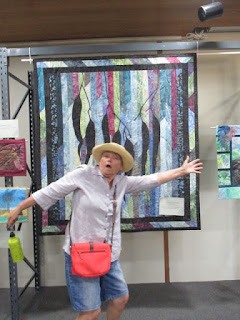 It inspired some actual dancing!