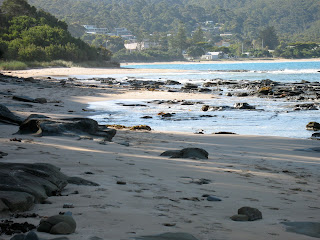 I took my visual diary to Lorne in the hopes of actually doing some drawing but no such luck. I am just not a drawer. However, I did take my camera. I took a series of pictures for possible future art use. I have enrolled to do woven tapestry again next year and, as I have done one of a scene at Rye, I thought I might be inspired to do a series of seascapes next year. 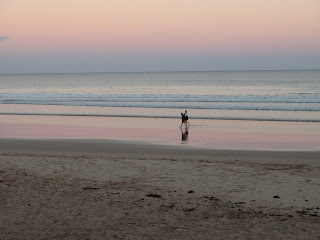 So I took some pictures at Lorne, just in case. We had some sunny weather and some cloudy weather. There were amazing colours in the sea and clouds, so I have taken a lot of photos in the hopes of getting something I can work with. The photos don't do justice to the colours but they are better than my (non-existent) drawings. 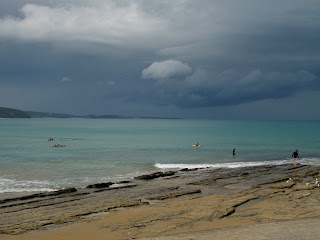 Labels: colours of the sea, seascape